How HHO Contributes To Complete Combustion 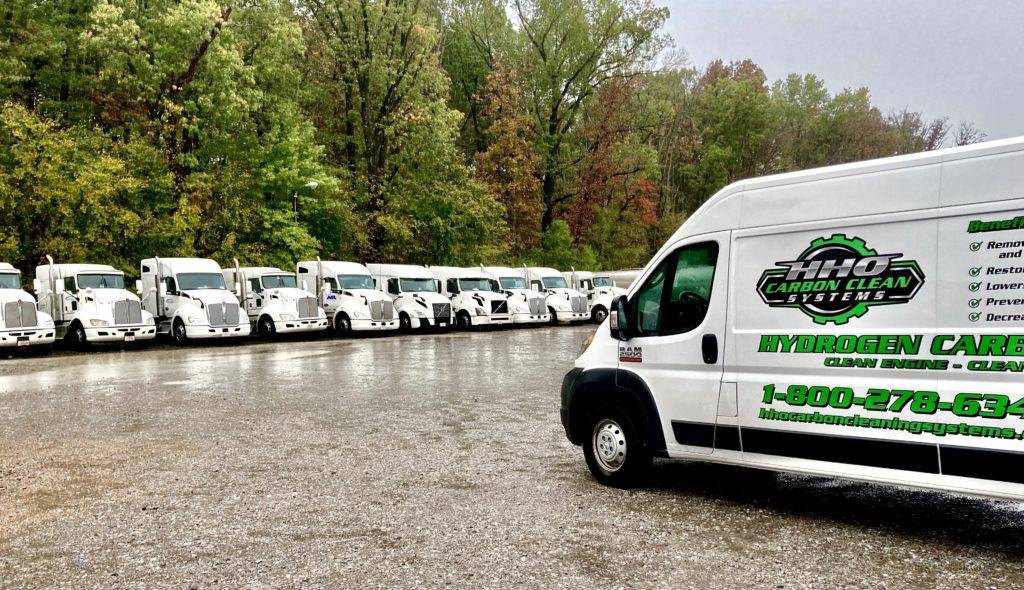 How HHO Contributes To Complete Combustion

The significant benefits attributed to Hydrogen Carbon Cleaning are founded in the effectiveness of hydrogen in combustion.  Hydrogen, also known as H, H2, hydroxy gas, HHO, or Brown’s Gas, has highly combustible characteristics that make it extremely effective for internal combustion engines, both gas and diesel.  This article seeks to define the two types of combustion, how the addition of HHO contributes to complete combustion, and the results of its addition to engine performance.

What is Complete Combustion?

Combustion is classified as either complete or incomplete.  Complete combustion means that the reaction produces a minimal number of products.  For the burning of hydrocarbons, complete combustion occurs when there is only carbon dioxide (CO2) and water (H2O) as a byproduct.  Carbon Dioxide is a greenhouse gas that humans exhale and plants breathe.  For internal combustion engines, those two emissions are indicators of complete combustion.

What is Incomplete Combustion?

There are several factors that cause incomplete combustion.  The main issue behind each of them is the inaccessibility of oxygen to either the hydrogen or the carbon in the fuel (Greiner, 1997):

The more carbon atoms in the molecule, the less complete the combustion tends to be (Clark, 2003).  Aromatic hydrocarbons are significantly more likely to have incomplete combustion.  Those make up 20-30% of gasoline and no more than 14% in diesel fuel (EPA, 2004).  They have a sooty flame when burnt indicating a large release of carbon (Core Differences, 2022).  “Bigger molecules have greater Van der Waals attractions which makes it more difficult for them to break away from their neighbors and turn into a gas” (Clark, 2003).  The more complex and larger the hydrocarbon, the more incomplete the combustion.

Incomplete combustion leads to toxic gas emissions, carbon buildup, “loss in power, [and] possible engine damage” (Ophardt, 2003).  It is detrimental to engine performance and toxic to the environment. 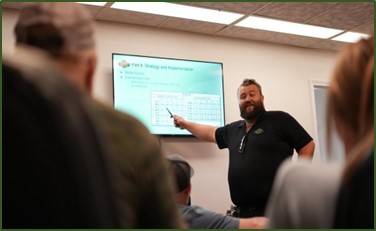 The addition of Hydroxy gas (HHO) in the combustion equation contributes significantly to complete combustion, increased fuel efficiency, lower emissions, and a cleaner engine because of the advantages created by its chemical properties.

HHO’s flame speed probably offers the greatest contribution to complete combustion.  It is between 2.65 m/s and 3.25 m/s while gasoline’s is around 0.5 m/s.  That is six times faster than that of gasoline. This has a significant impact in cleaning out carbon.

Research suggests that HHO “clashes” with the fuel and they unite (Yilmaz et al., 2010).  The unification of the molecules creates a more homogenous fuel.  The more homogenous the fuel, the more combustible the mixture (Yilmaz et al., 2010).  HHO becomes the core while the hydrocarbons act as a “shell.”  The fuel then burns from the inside outward.  This exposes the oxygen to more hydrogen and carbon particles increasing combustion characteristics.

HHO’s flame speed also “crushes and fragments the gasoline droplets” from the exterior of the molecule, exposing the interior of the fuel to oxygen and the combustion reaction (Musmar et al., 2011).  The HHO flame front “ignites the crushed fragments thereby releasing more of their energy, more quickly” (Musmar et al., 2011).  The “clashing” and “crushing” on the interior and exterior of the hydrocarbon provides greater exposure for the oxygen to react, increasing combustion.

Also, the International Journal of Hydrogen Energy (IJHE) says, “The results show that the addition of hydroxy can significantly enlarge the flammable region and extend the flammability limit to lower equivalence ratios” (Yilmaz et al., 2010).  Because the flame can travel further in a shorter time, it increases the amount of fuel that is exposed to the combustion reaction.  The increased flammability region allows for complete combustion before the temperature cools.

Just as the flame speed contributes to complete combustion, so does adding additional hydrogen.  Adding HHO increases the Hydrogen to Carbon (H/C) ratio.  Increasing the presence of hydrogen lowers the oxidation state of the carbons in the hydrocarbons.  That means less activation energy is required to combust and when the reaction occurs, more energy is released. “Thus, the greater the H/C ratio, the more energy released on combustion” (Western Oregon University, n.d.).

An illustration from football can be used to help understand the above points.  Imagine that the offensive line is your fuel– hydrocarbons.  The defensive line are oxygen molecules that collide with it to make combustion.  Now, when you add HHO, you are adding additional defensive players (Hydrogens and Oxygens) on the field and giving them a running start when the ball is snapped.  They run faster and there are more of them to break up the offensive line.  It is the ultimate blitz.  That is the idea of adding HHO to the combustion reaction.  It is adding more players and giving them a running start totally annihilating the competition.

Another property of HHO that benefits complete combustion is that it is introduced in a monoatomic state (consisting of one atom).  HHO is a hydrogen (H), hydrogen (H), and oxygen (O) atom.  It is a water molecule (H2O) that is broken into single elements.  This increases the energy released because no bonds need to be broken (Yilmaz et al., 2010).  HHO has three times the energy level (119.93 MJ/kg) of gasoline (43.9 MJ/kg) or diesel fuels (42.5 MJ/kg).  “The key difference of HHO gas is the fact that some of the hydrogen and oxygen never go into a diatomic state” (Yilmaz et al., 2010).  Therefore, very little energy needs to be applied when introduced into the combustion equation.  It is almost exclusively an exothermic reaction.  Hence, there is more energy added to the combustion equation assisting in accomplishing complete combustion.

Also, HHO increases the octane rating of lower grade fuels.  HHO’s octane rating is over 130. Gasoline’s rating is between 87-93 and diesel fuel is closer to 30.  Higher octane means stronger horsepower and increased combustion efficiency (Musmar et al., 2011).  Lower octane levels are less efficient because the explosion of gas fumes ignite before top-dead-center (TDC) causing pistons to become out of sequence which causes the “knocking” sound.  The addition of HHO to gas or diesel engines causes the combustion to occur much closer to TDC converting more power to the piston without knocking.  And because of the additional energy released, the engine becomes more efficient (Musmar et al., 2011).

Hydrogen has several characteristics that make it beneficial as an additive to internal combustion engines that operate on gas and diesel fuels.  HHO’s flame speed, increased H/C ratio, introduction in a monoatomic state, and higher-octane rating improves combustibility.  That can drive many positive results for consumers and business owners of fleets.

What are the Results from Adding HHO?

Multiple universities around the world have studied the effects of HHO as an additive to gasoline and diesel engines.  Each study has been conducted differently in an effort to test various hypotheses.  The HHO generators, engine types, and fuel types have been different.  The research suggests similar trends with positive results.

A second study, this one conducted by Madyira and Harding, published in the South African Conference on Computational and Applied Mechanics, measured the results of an HHO generator attached to a 1989 Ford Laser (Madyira and Harding, 2014).  It reported these conclusions:

Another study measured the utilization of HHO gas with diesel fuel in a stationary engine (Dhariwal et al., 2018). This experiment utilized a 90 L/hr constant flow rate on a water-cooled, four-stroke, 553cc, compression ignition engine.  The results from their research revealed the following:

They also recorded the observations of 15 similar studies.  Several of them did not apply because of variable mixtures, use of vegetable oils, or hydrogen jet engines.  Below are the remaining observations:

Research has shown around the globe that the addition of HHO to internal combustion engines provide consistent results on both diesel engines and gas engines:

“Our service department likes not having as many chronic carbon issues with DPFs and Turbochargers, and the operators appreciate their pieces of equipment running smoother with better power and throttle response.”

“I bought a Jeep with 200k miles a couple weeks ago. It was getting hot, couldn’t hold 70mph in overdrive, and was getting 12.5 mph…My Jeep is running cooler, has a little more response, holds a lower RMP at 55, holds 70mph without dropping a gear and (I’m not kidding), my Jeep is now getting 16 mpg…”

“Carbon cleaning preformed on my 1998 D5M Cat dozer and 2005 312CL Cat excavator. Immediately noticed minimal emissions, so I feel that the fuel is being burnt more efficiently. More power with less fuel! Also, after 100 hrs of service, I changed oil. Normally the oil color ranged from dark brown to almost black. Now the oil is a lot cleaner than before…”

“My vehicle is a highly modified 1995 4WD GMC Suburban… What a difference! After all the carbon was blown out of the engine and exhaust system the headers had that old familiar rumble to them and my throttle response was where it used to be… ***UPDATE May 29th, 2022*** I did my first fill up on my truck since having the HHO Carbon Clean done and when I figured my mileage it had gone UP 33.33% from 9 mpg to 12 mpg!”

Engines wear down over time as a result of incomplete combustion which causes carbon buildup.  That buildup lowers engine performance and fuel economy, and worsens emissions.  The main cause of incomplete combustion is the inaccessibility of oxygen.  Adding HHO creates a faster, more complete burn.  It is effective on gasoline and diesel engines.  As a result, engine performance and fuel economy increase while emissions decrease.  Published research and customer testimonials report similar results.  Simply put, “Clean Engines, Run Better.”