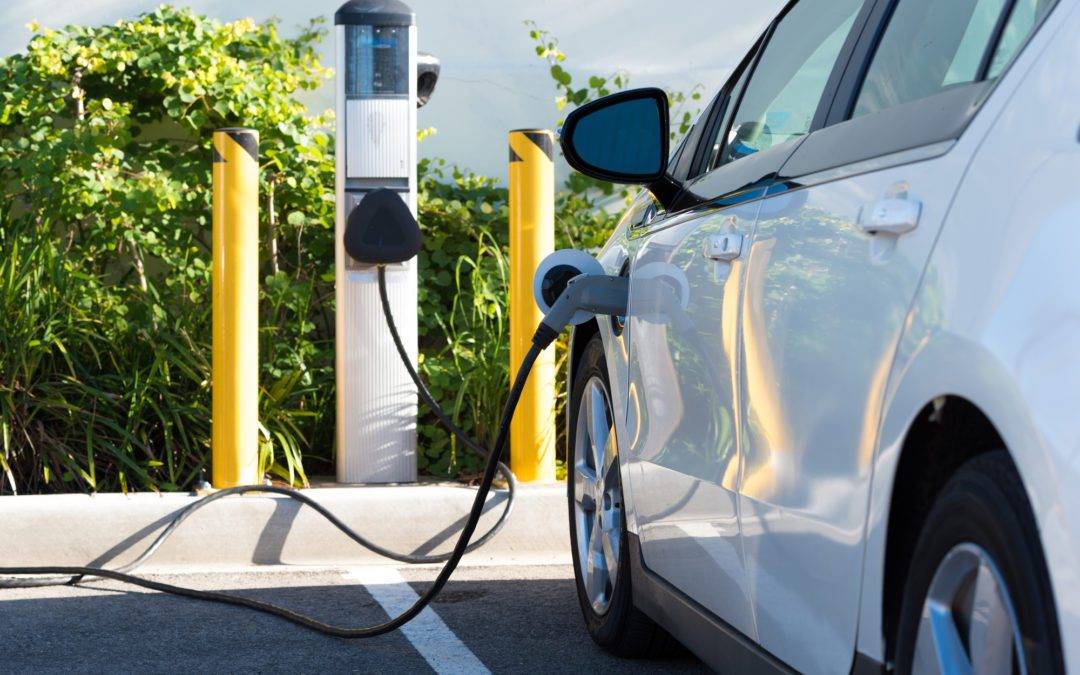 With battery technology improving at increasing pace and time-honored manufacturers joining the fray, today, there are multiple reasons to purchase EVs.  Their rise has been further propelled by increasing gas prices and looming environmental concerns (DOE).  Toyota’s Prius was the world’s first mass-produced hybrid electric vehicle.  Tesla’s luxury models accelerated the transition to EVs among the wealthy during the 2010s.  However, EVs are no longer available only to the wealthy.  The more economical Chevy Volts and Nissan LEAFs were introduced in 2010 (DOE).  Charging stations are popping up across the country to increase the vehicles’ ranges and adapt to growing popularity.  Government incentives for EVs are now commonplace, driving the price down even further.  But are EVs a sustainable solution for the future, and will they eliminate the use of fossil fuels for vehicles?

As a starting point, the batteries that run EVs are not a fuel source.  Batteries store energy.  They do not generate it.  The electricity required to charge EVs typically comes from power plants, and over 60% of US power plants are driven by fossil fuels (EIA.gov). “In regions that depend heavily on coal for electricity generation, EVs may not demonstrate a strong well-to-wheel emissions benefit” (AFDC).  Power plants generate the energy for the majority of EV commercial fueling stations and residential charging stations.  At the end of the day, the grid is powering EVs and the majority of the grid is powered by fossil fuels.

Furthering the hindrance to broader adoption, EV charging stations are not proving to be reliable.  “A study out of the University of California, Berkeley released this year found that out of the 657 public DC fast chargers in the Bay Area tested, more than 22 percent of them were nonfunctional” (Banyan Hills Insights).  To further reinforce that point, a survey of EV drivers in CA found that “44% of owners saw operability or payment issues as barriers to charging” (Business Insider).  With these considerations, it will likely be the case that most consumers won’t find EVs to be a viable option in their daily lives.

Even more troubling is the supply of lithium itself, projected by many to be incapable of meeting the demand in the near future.  Most electric vehicles are powered by lithium-ion batteries (AFDC).  Current projections for the production of lithium are expected to meet the demand through 2030. However, past 2030, the growth of the demand is expected to far outpace the supply of mined lithium.  Currently, the global production of lithium is 100,000 metric tons, which is equal to 532,300 metric tons of lithium carbonate equivalent [LCE] (USGS).  By 2040, the annual demand for lithium is expected by one source to be 5.5M metric tons of LCE, but the estimated supply may plateau at 2.0M metric tons of LCE (Cool Worlds).  The shortage could dramatically impair the adoption rate of EVs and skyrocket the price.

In an interview with USGS Mineral Commodity Specialist, Brian Jaskula, he acknowledged the anticipated shortage but cautiously said there’s hope.  The demand will be met through recycling of lithium batteries and the introduction of new mining technologies.  Globally, about 50 lithium battery recycling plants are operating or are under construction.  But the lithium content of the batteries isn’t expected to become economically feasible for another eight years when the large lithium-ion EV batteries begin to be recycled in large quantities.  There are several new mining technologies such as Direct Lithium Extraction (DLE), claystone, and oilfield brine.  Hundreds of millions of dollars have been invested in these technologies during the last couple of decades.  However, these technologies are not yet advanced enough to reach commercial quantities.  Until these new lithium mining technologies become economical to use, the projected growth rate of EVs on the road may suffer.

Finally, the projection of new vehicle sales through 2040 suggests that only 31% will be EV or Hybrids (Cool Worlds).  That is based upon estimates from Bloomberg New Energy Finance and IHS Markit.  Even with government regulations pushing EV conversion, the market forecasts a slow adoption.  The Inflation Reduction Act (IRA) includes a $7,500 tax credit for EV purchases.  However, due to material costs and supply issues, Ford and GM raised their EV prices between $6,000 and $8,500 (DailyWire).  The cost to convert to EVs prohibits their wider adoption in both consumer and industrial sectors.  Gas and Diesel engines will continue to be prevalent on the roads and the dominant share of new vehicle purchases for at least the next twenty years.  There is no evidence that they will be going anywhere.

This does not eliminate the goal of lowering the emissions of the transportation industry which accounts for 29% of greenhouse gasses in the US (EPA).  President Biden’s Inflation Reduction Act (IRA) still mandates lowering emissions 40% by 2030 (DOE).  Alternative solutions will need to be implemented in order to meet this goal that are economical for consumers and businesses.  Although there are multiple reasons to purchase EVs, it is not the ultimate solution to lowering emissions or a viable alternative fuel source for most industries.  It will not become the market standard or overtake fossil fuels as an economical solution.

Other articles that may be of interest to you:

What is Carbon Cleaning and is it Worth it?

Is Carbon Build-Up Really a Problem?